The Distributed Open Collaborative Courses and their learning projects, especially the activities around editing Wikipedia, have received a fair amount of coverage over the last month, in online news, blogs, and video.We have collected the Media Mentions that we know about here. 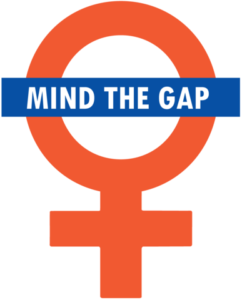 To ensure that all of us involved with FemTechNet provide consistent and thoughtful responses to inquiries about our work, the Steering Committee wrote these talking points over the weekend of September 7-8.

All Wikipedia editors are guided by the “neutral point of view” policy, one of Wikipedia’s three core content policies.
*Neutrality in editing entails understanding and communicating the full range of a debate or discussion on a topic.
*As the Wikipedia page on “neutral point of view” notes – “Wikipedia aims to describe disputes, but not engage in them…As such, the neutral point of view does not mean exclusion of certain points of view” – this means that responsible editing includes representing feminist perspectives.

All Wikipedia editors are similarly bound by the other two core content policies “verifiability” and “no original research”
*Consequently, the editing that is part of the FemTechNet effort is not an “injection” of individual opinion or bias, but an effort to more fully represent existing knowledge on a range of topics, including, but not limited to the lives and works of women.

The Wikipedia community itself recognizes their problem of system-wide bias, both in terms of contributors and content. They note: The Wikipedia project strives for a neutral point of view in its coverage of subjects, but it is inhibited by systemic bias that discriminates against underrepresented cultures and topics. The systemic bias is created by the shared social and cultural characteristics of most editors, and it results in an imbalanced coverage of subjects on Wikipedia.

The FemTechNet community takes seriously the need to learn about and engage with the Wikipedia community
*We worked with well-established Wikipedians during the pilot phase in Spring 2013.
*Now in the official launch phase, we’ve had the good fortune to have Wikipedians create training videos for the group and lead a summer workshop for all of the instructors.
*We are actively engaging with the Project Feminism Wikipedia community, as well as with others. https://en.wikipedia.org/wiki/Wikipedia:WikiProject_Feminism

The FemTechNet effort to help transform Wikipedia content, culture, and community is not about publicity. It is about engaging in the creation of knowledge in ways that are responsible and governed by feminist principles, including equal representation of all cultural and social groups.
*One of five key learning projects, the Wikipedia activity is a concerted effort by a critical mass of feminist thinkers to improve the scope of Wikipedia.
*The Wikipedia activity aims to teach critical media literacy to our students, useful for everyone who engages with the Internet and other information sources, independent of political persuasion.

On feminist pedagogy in institutions of higher education:

Gender and Women’s Studies (GWS) as an academic field in higher education in the US has been in existence, and engaged in substantive intellectual pursuits, for 45 years.
*While there is disagreement about the role of feminism(s) in GWS, as in any area of inquiry, these debates are often productive for new scholarship.
*In the US, there are over 700 departments/programs in GWS; ~50 master’s degree programs and 15 doctoral programs. See http://www.nwsa.org/

Feminist scholarship is interdisciplinary, intersectional, global and comparative, deriving methods and ideas from many fields and movements.
*The scope of feminist studies is broad, including scholars in many other disciplinary areas. In other words, GWS approaches are used in STEM fields, history, sociology, etc. Comparisons across disciplines also enrich the field.
*Saying that feminist scholarship is intersectional means that social systems (like educational institutions, for example) as well as personal interactions are complex; any analyses of them must include issues of race, class, sexualities, and gender, among other identities, to approach understanding of past and present conditions.
*Feminists have been actively engaged in settings all over the world, from the Arab Women’s Solidarity Association, to the Asian Women’s Studies Congress, to the Federation of South African Women, to name only a few efforts.

Feminist teaching and learning—which, of course, is related to scholarship—connect with lengthy traditions of intellectual freedom and educational alternatives: taking a stand, respecting diversity, democratic processes,  expanding possibilities.
*Online, face-to-face or “hybrid” courses are in the news as methods of content “delivery” are in development, along with the means to fund/support them.
*The Distributed Open Collaborative Course (DOCC) being offered in Fall 2013 at 16 institutions is a feminist rethinking of the Massive Open Online Course (MOOC). We intend to contribute to the larger conversation about educational equity and excellence.
*We are thinking about and developing strategies to work within, across, and with attention to difference, place, and privilege.
*Whether our students are feminist or not, and regardless of the different ways we professors are feminists, or teach feminism, we are introducing our students to a lively, thoughtful, complex, lengthy, and self-critical body of knowledge about technology that asks them to think about their own role in its history, production, and analysis.