Over the past couple of months, about a dozen FemTechNet participants have presented work based on our research and teaching related to FemTechNet in a two-part FemTechNet Keywords Workshop at the CUNY Feminist Pedagogies Conference in April 2015, and at the Union for Democratic Communications Conference at the University of Toronto in May 2015. Since these gatherings brought together such divergent modes of FemTechNet engagement, we thought we’d collect and share this new work over the last two weeks of May, leading up to the 2015 FTN Summer Workshop and to the 2015-2016 season of FemTechNet’s Distributed Open Collaborative Course (the DOCC). For more information on this essay series, contact editor T.L. Cowan

Over the past six months Sarah Kember and I have been working hard to develop the Goldsmiths’ University course After New Media with a view to giving it an additional, online presence. Originally a formal option module for Goldsmiths’ University MA students, and comprising the conventional pedagogic media of lectures, seminars, printed reading packs and small cohorts of students, we began to ask what the course might become were it to be made freely available online.   Our intention was not to create just another MOOC, but something less proprietary, less branded and ultimately more open; something that, inspired by the work already done by FemTechNet, we have begun to think of as distributed, open-access, and collaborative. 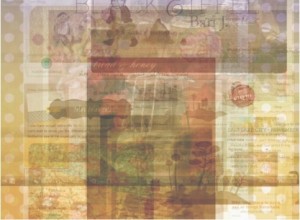 This project really began two years previously, in late 2012, when, with the assistance of Goldsmiths’ University’s podcasting service, we decided to record the entire series of ten lectures that made up the After New Media course. At the time this was done with no real plan other than to podcast a small selection of lectures using the university’s new iTunes U platform. The three lectures that we eventually made available proved far more popular than we had either hoped or expected and we began to receive enquiries about the remaining lectures and from there the project has spiralled!

This year the course will be available entirely online — we are releasing all ten lectures in MP3 format, adding a number of explanatory texts, including video content and a ‘liquid reader’. The ten lectures (released on a weekly basis between November 10th and February 9th) are available on the Goldsmiths University website, and a more comprehensive course, including video content and slides is available using the iTunes U website and app. There is no restriction on the number of students who can enroll and we are keen to encourage as many participants as possible.

The liquid reader is intended to be a dynamic and constantly changing resource, both entirely open, providing access to publicly available research and editable, enabling students to add to the course with additional links. We actively encourage experimentation in this space and are inviting participants to upload their own responses, which could include essays, articles, video or photography. The reader is entirely open access, although registration is required on the Liquid Books website if you wish to contribute (please include a brief note about yourself in the message box when registering to help us identify After New Media participants and keep spam to a minimum).

After New Media is in essence a ‘media studies’ course, but it builds on and challenges existing approaches — where media are often discussed as separate, discrete objects (television, film, photography etc.) — and moves towards debates on mediation. The course asks what it means to study ‘the media,’ not as separate entities, but as a complex process, one that is simultaneously social, psychological, economic, political and technological. We trace the origins of this question in debates on remediation that are critical of new media teleology and explore its (creative) evolution through a range of philosophical and contextual approaches, particularly those from the field of feminist studies of science and technology.

Throughout this course we explore the inseparability of media and mediation in the context of specific media events, including the global economic crisis (or the Credit Crunch), the search for and ‘discovery’ (or not) of the Higgs Boson at the CERN Large Hadron Collider project, the world’s first face transplant surgery, and the ongoing quest for life on Mars. What, we ask, is the relation between the event and its mediation — do media simply represent such events, or, would it be more accurate to say that these events are performed through mediation? If events are performative and do not entirely pre-exist their mediation, how might we respond to them in our critiques?

In part this course — and our experiment with ‘going online’ — is already an attempt to explore this question and to recognise and respond to our own pedagogy as mediation. An academic course is itself always a highly mediated event, one co-constituted by lectures, seminars, reading packs, text books, students and academics — none of which can be separated out and taken in isolation, and none of which entirely pre-exist the other. The relationship between the event and its mediation is therefore just as complicated here, and the media with which we engage never convey our meaning in an uncomplicated way, never simply representing pre-formed knowledge to ‘passive’ students. For this reason ‘going online’ is far from neutral, it does something to the course, and it does something to ‘us’ as ‘we’ are stopped, paused or skipped over on a participant’s iPad. Going online does not simply mean reproducing the same material on a different platform, but nor does it mean ‘upgrading’, or ‘adding value’ to an otherwise ‘staid’ and ‘obsolete’ method of teaching. Instead, it demands an openness to potential changes and transformations over which we may have little control — as teaching always has. What these changes and transformations will be we have yet to apprehend, but that is the exciting part and we hope you will join us in exploring them.

Our development of the online incarnation of the course, from its origins as a series of recorded lectures to a more vibrant and collaborative course has been heavily informed by the work already done by FemTechNet, and we are therefore delighted that After New Media has now been added as one of the DOCC nodes. After New Media launched on November 10th and you can join us now by subscribing via the iTunes app and by contributing your own material to the liquid reader.