For the past two months, students in DOCC’s Wikistorming projects have been contributing information on women and feminism to Wikipedia, bringing their voices to the larger cultural conversation about what it means to write about underrepresented topics. 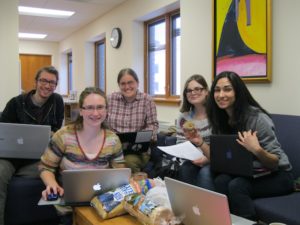 While a great deal of work was completed, there is more to do. See our lists of open tasks at WikiProject Feminism to help out!

FemTechNet at Brown University, 2013 Evolution of the MOOCs?